Combining passion, harmonic sophistication and technical precision creating his extremely clear and individual sound, HAZAR proves that he is one of the great masters of his instrument.

„HAZAR can only be compared to his great inspiration Paco de Lucia!“ 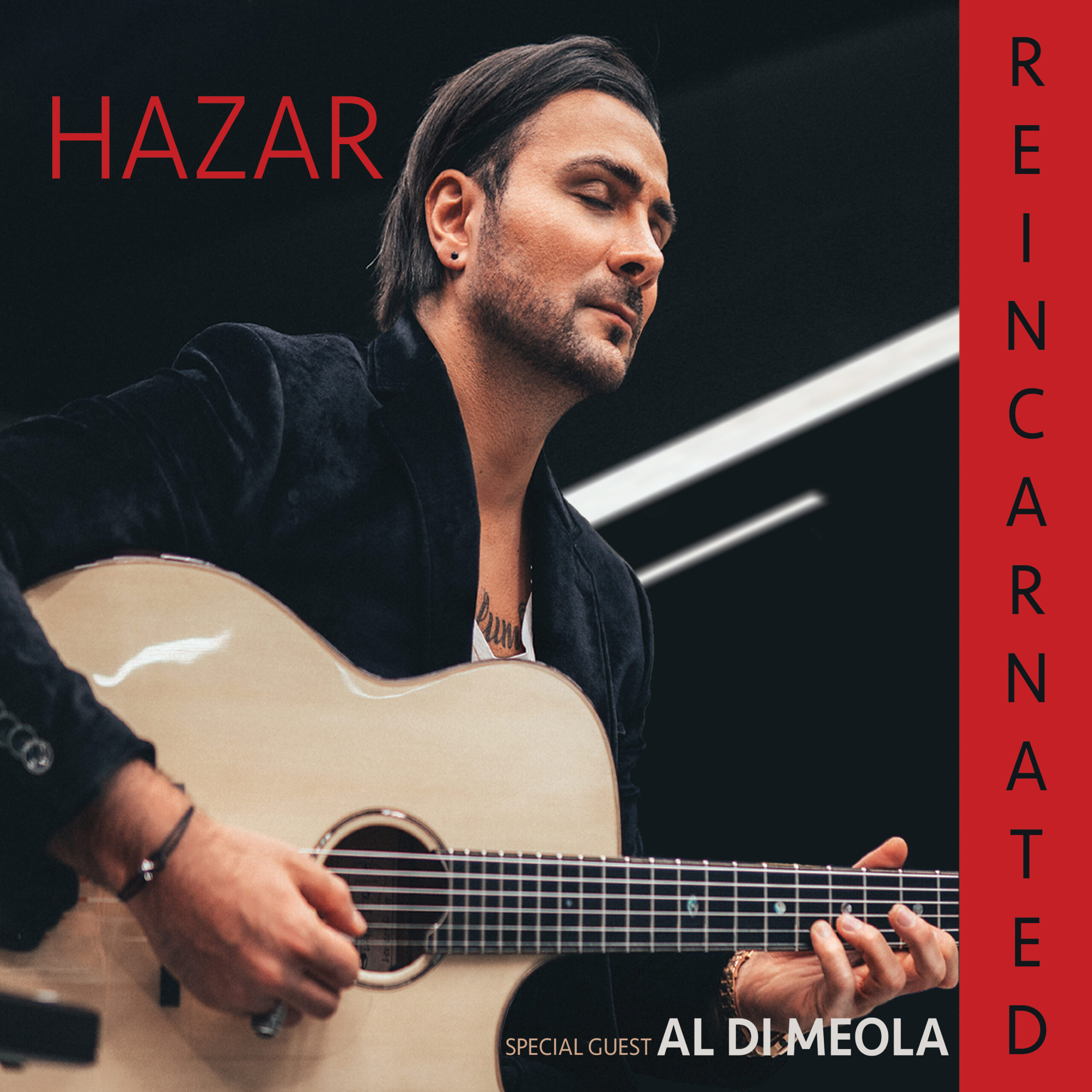 In his album HAZAR shows an outstanding virtuosity and masters a congenial interplay, alternating with sonorous melodies, fast solo lines and breathtaking technique, while always adding new emotional depth to his playing.

For the recordings he collaborated with jazz guitarist Michael Sagmeister who contributed as a supervisor at his side. The tracks were recorded in a studio where Miles Davis made his recordings during his lifetime and mastered at the famous Abbey Road Studios in London.

As the title of HAZAR’s album suggests, »Reincarnated« marks a new era in his life, that is based on an impressive background.

“What HAZAR plays should be technically impossible – HAZAR nevertheless plays it.”

“Our next project with HAZAR could be ‘incredible strings‘.”

“I don’t know anyone who has such a great talent to play a stringed instrument and as long as HAZAR doesn’t play flamenco, I will be reassured.”

HAZAR is one of the few musicians out there who managed to become a virtuoso with two completely different musical instruments.

Early in his career, in addition to composition classes he took lessons in harmony and counterpoint with Prof Tibor Yusti von Arth, the only student of Sergei Rachmaninow and composed music for Paramount Pictures. Later he studied at the Maastricht Academy of Music and as world’s first musician he has received an internationally recognized master’s degree in jazz with saz.

In his album »Virtuoso« accompanied with bassist Carles Benavent, released in 2009, HAZAR demonstrated an extraordinary technique by playing pieces of Chick Corea, Bach, Mozart and Paganini’s Caprice on three strings and was regarded as ‚The Paganini of Saz’.

Referred to as ‚one of the best saz players of all time’ by Prof Talip Özkan, the musician shared the stage with jazz orchestras and world famous musicians taking significant steps to promote the saz at international level. In a conversation with John McLaughlin after a concert in Cologne, John commented on his album: „If you want to show your skills, you should play guitar.“

At the height of his musical career HAZAR switched to acoustic guitar. Speaking of himself, he has stated in an interview: „I had nothing more to tell with the saz.“ Within a very short time he was able to play the guitar at highest level and recorded »Reincarnated« with Al Di Meola as special guest.