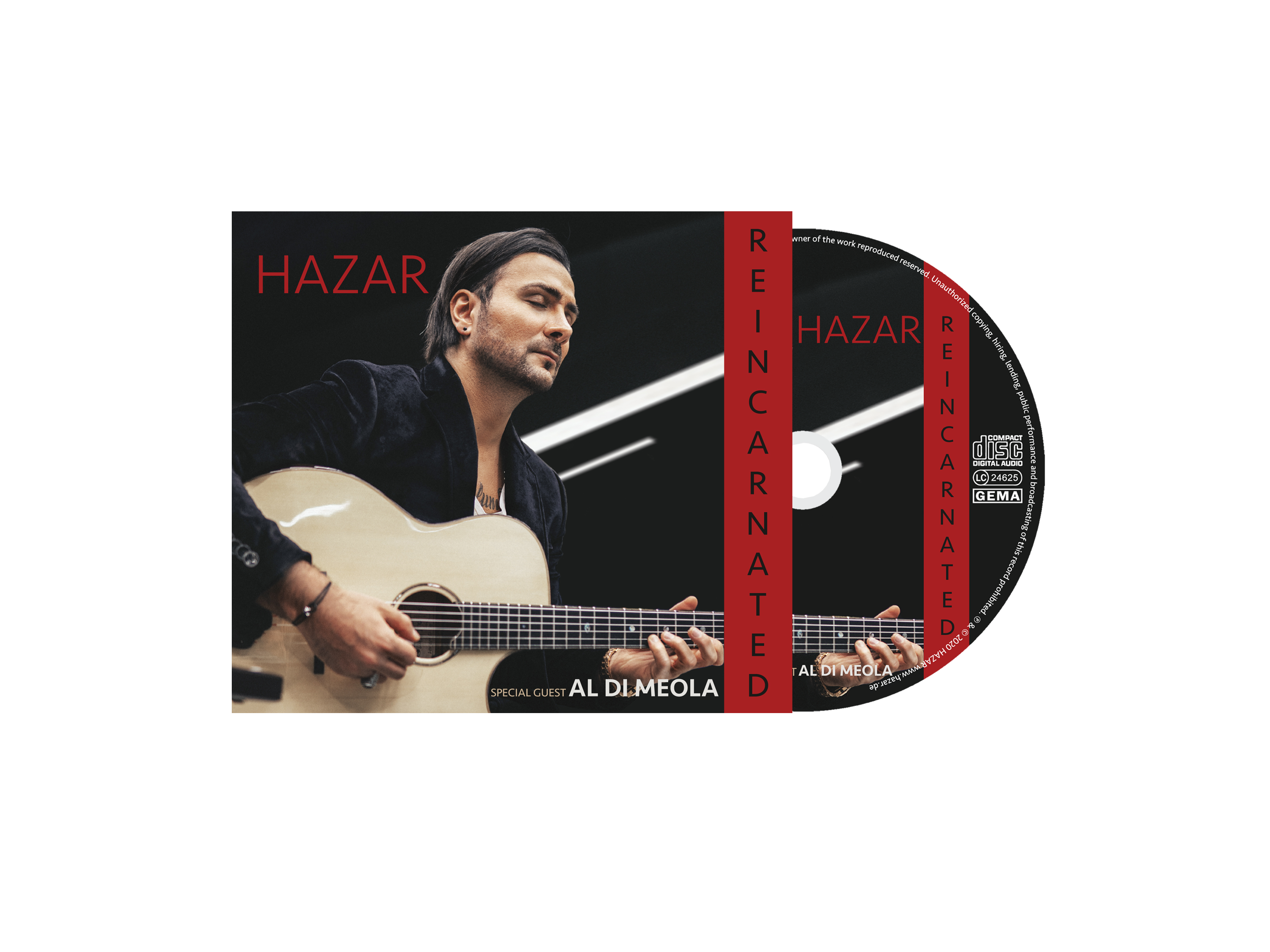 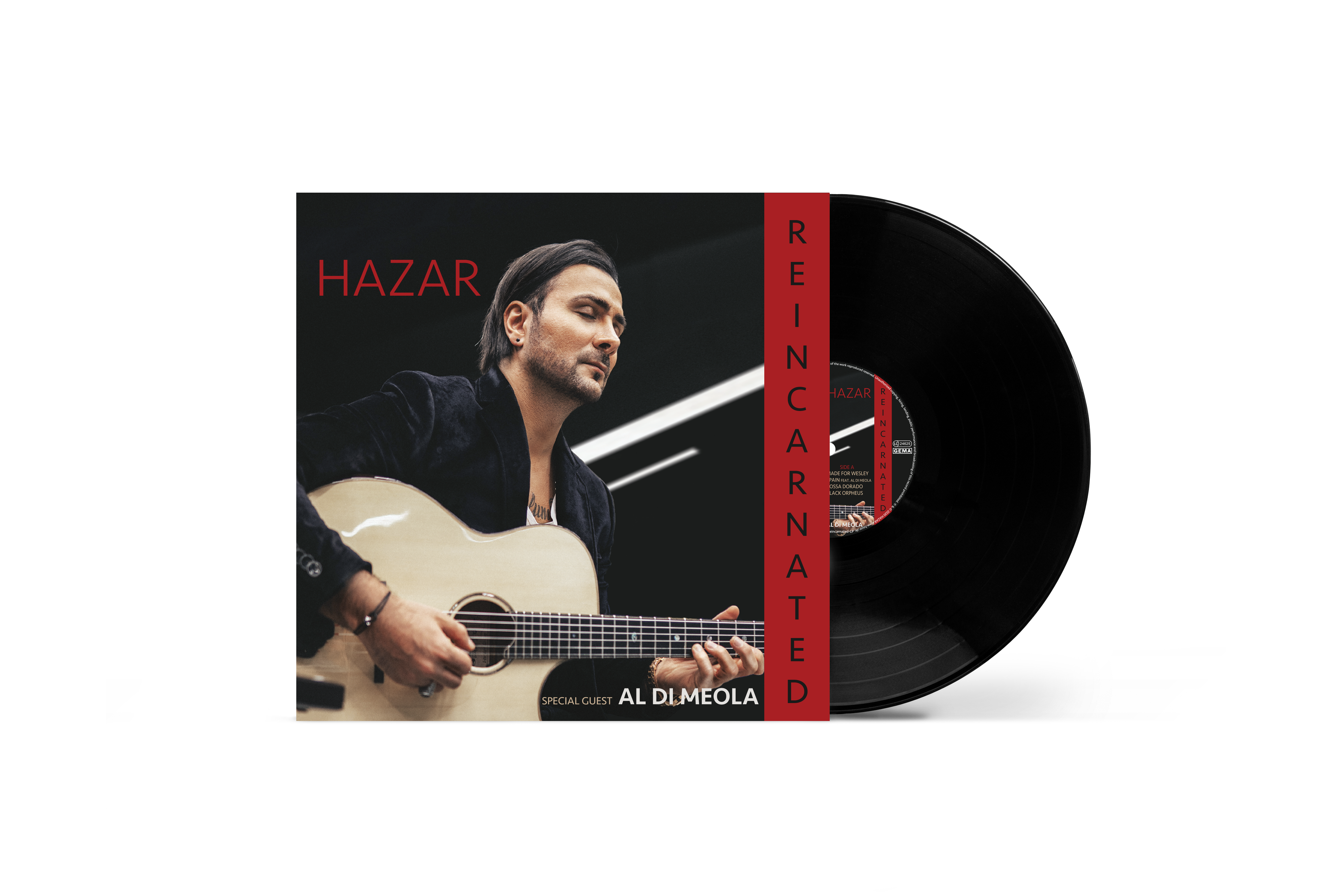 »Reincarnated«, the long awaited album with special guest Al Di Meola. HAZAR once again opens an essential gateway into a new expressive and creative dimension. Flawless in sound and playing technique he enfolds with an explosive style and richly nuanced dynamic a perfect harmony between musicality and virtuosity. The repertoire ranges from the bossa novas like “Made for Wesley” or “Bossa Dorado”, to Charlie Parker‘s finger breaking bebop classic “Donna Lee” up to Chick Corea‘s fiery “Spain”. For the recordings HAZAR collaborated with jazz guitarist Michael Sagmeister who contributed as a supervisor at his side. The tracks were recorded in a studio where Miles Davis made his recordings during his lifetime and mastered at the famous Abbey Road Studios in London.